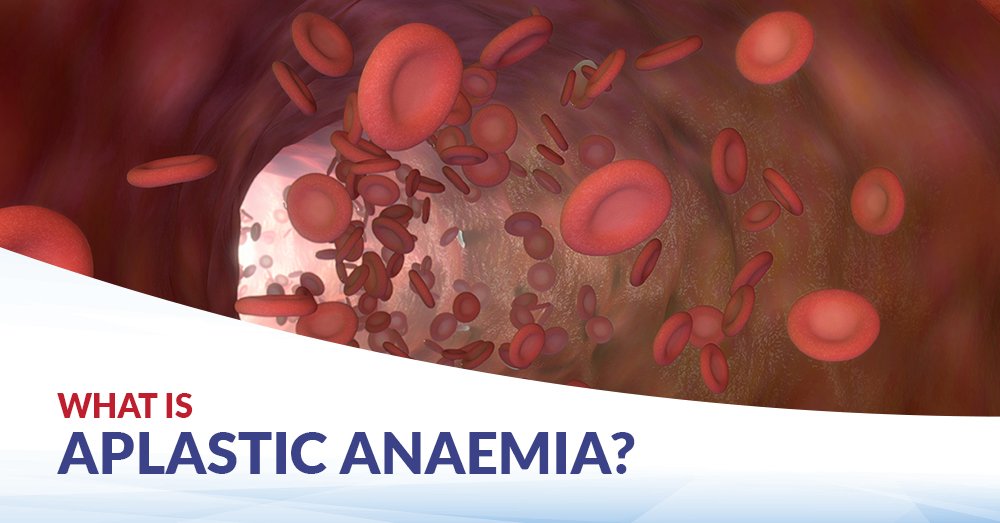 What is Aplastic Anaemia?

Aplastic anaemia is a rare and serious condition that occurs when inadequate blood cells are being produced in the body. This causes the body to feel fatigued and may increase the risk of uncontrolled bleeding and infections.

Aplastic anaemia is known to affect people of all ages, but it is most common in those between 10 to 20 years old or 60 to 65 years old. It can occur suddenly, or it can develop slowly and progress over some time. It can be mild or severe.

Treatment for aplastic anaemia may include medications, blood transfusions, and a bone marrow transplant also called a stem cell transplant.

The most common cause of aplastic anaemia is from the body’s immune system attacking and damaging the stem cells in its bone marrow.
.

As a result, these damaged stem cells are not able to produce blood cells properly and cause the bone marrow to be either empty (aplastic) or contain inadequate blood cells (hypoplastic).
.

Other factors that may affect the functions of the bone marrow and increase the risk of aplastic anaemia include:


What are the signs and symptoms of Aplastic Anaemia?

A person may not display any symptoms. If there are symptoms, they may include:


Aplastic anaemia can be temporary or chronic. If not managed properly, it may escalate and cause fatal complications.
.

How is Aplastic Anaemia diagnosed? 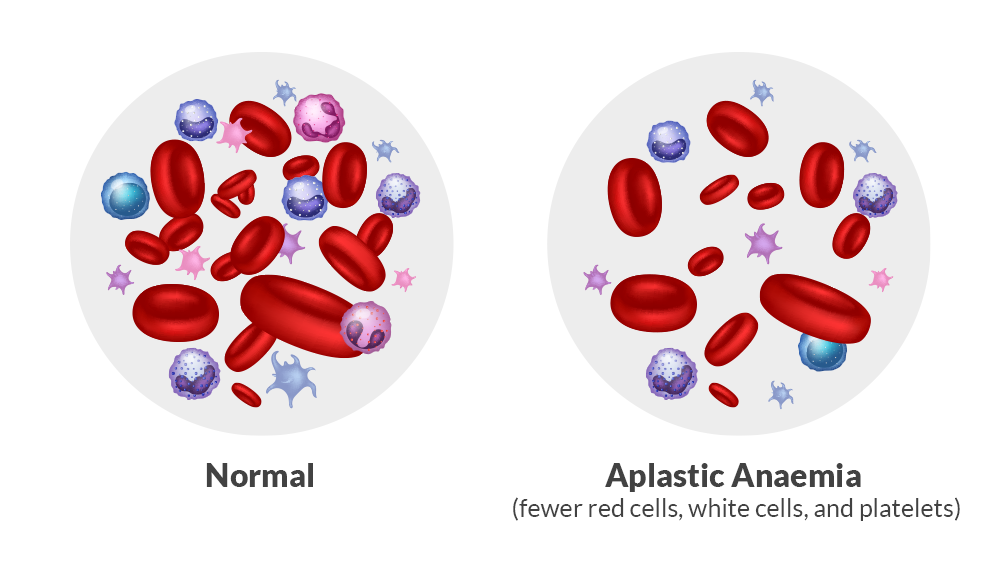 Aplastic anaemia is diagnosed by examining samples of your blood and bone marrow.

How is Aplastic Anaemia treated?

The treatment for aplastic anaemia depends on the age and severity of the patient’s condition. The aim of treatment is to restore blood cell production. If the condition is mild, it may resolve spontaneously without the need for treatment although this is not very common. Patients are likely need blood and platelet transfusions, and treatment to prevent and control infections.
.

Although there is no limit to the number of blood transfusions a person can undergo, repeated transfusions might lead to complications such as:

These growth factors are often used with immunosuppressants to improve outcome.
.


Corticosteroids such as methylprednisolone are often used in combination with immunosuppresants.
.

This treatment is suitable for patients who cannot undergo a stem cell transplant or when the aplastic anaemia is the result of an autoimmune disorder. Although this treatment is effective, it may further weaken your immune system, and it is also possible for the anaemia to relapse when the patient stops taking these drugs.
.


At present, this may be the only successful treatment for aplastic anaemia. This treatment is recommended for younger patients suffering from severe aplastic anaemia, who have a matching donor, preferably a sibling. In recent years with improved technologies in transplantation, increasingly successful results are also seen in older patients, as well as those with mis-matched family members (haplo-identical transplantation) or unrelated matched donors.

Disclaimer:
The information on the Centre For Clinical Haematology website is intended for educational use.  It should not be considered or used as a substitute for medical advice, diagnosis or treatment from a qualified health professional.