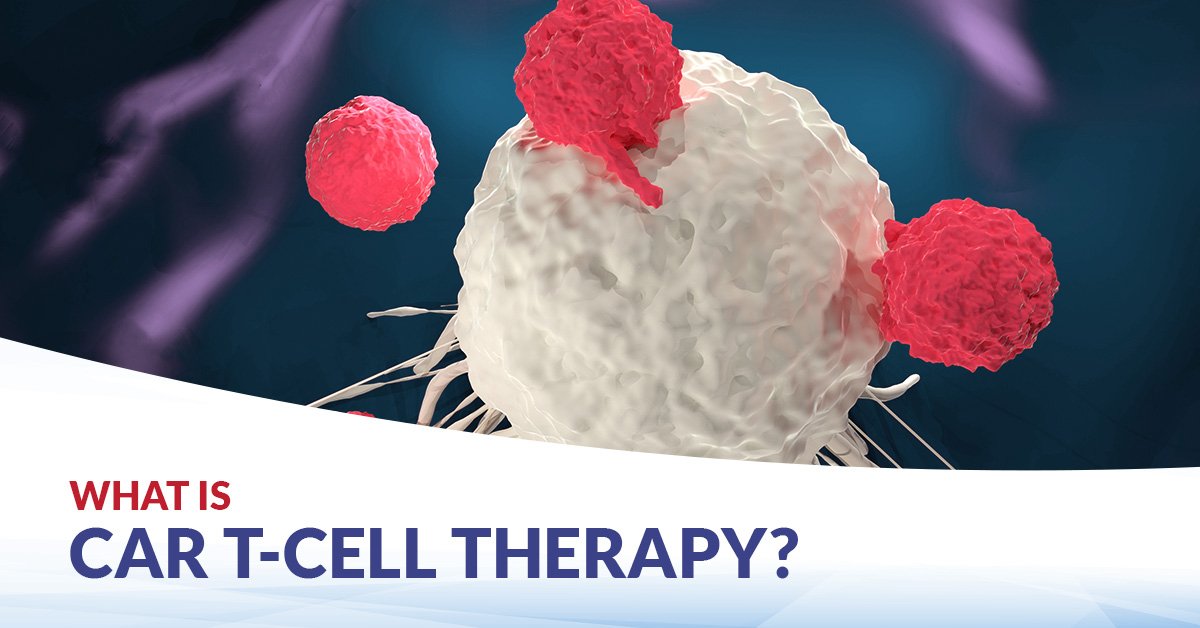 What is Cellular Therapy?

Cellular therapy is a form of therapy which utilises modified patient cells or new, healthy cells from a donor to replace ineffective or missing cells in patients. CAR T-cell therapy is a form of immunotherapy that involves collecting a patient’s immune cells and modifying them in a laboratory to target against specific cancer cells. These modified cells are then returned into the patient to strengthen their immune system against the cancer cells. This treatment is effective against some forms of blood cancers in children and adults.
.

What are CAR T-cells?

T-cells, also called T-lymphocytes, are white blood cells developed from healthy stem cells in the bone marrow and form a part of the body’s immune system to identify and fight abnormal cells, including cancer cells.
.

These CAR T-cells then attach to the cancer cells and destroy them more effectively: 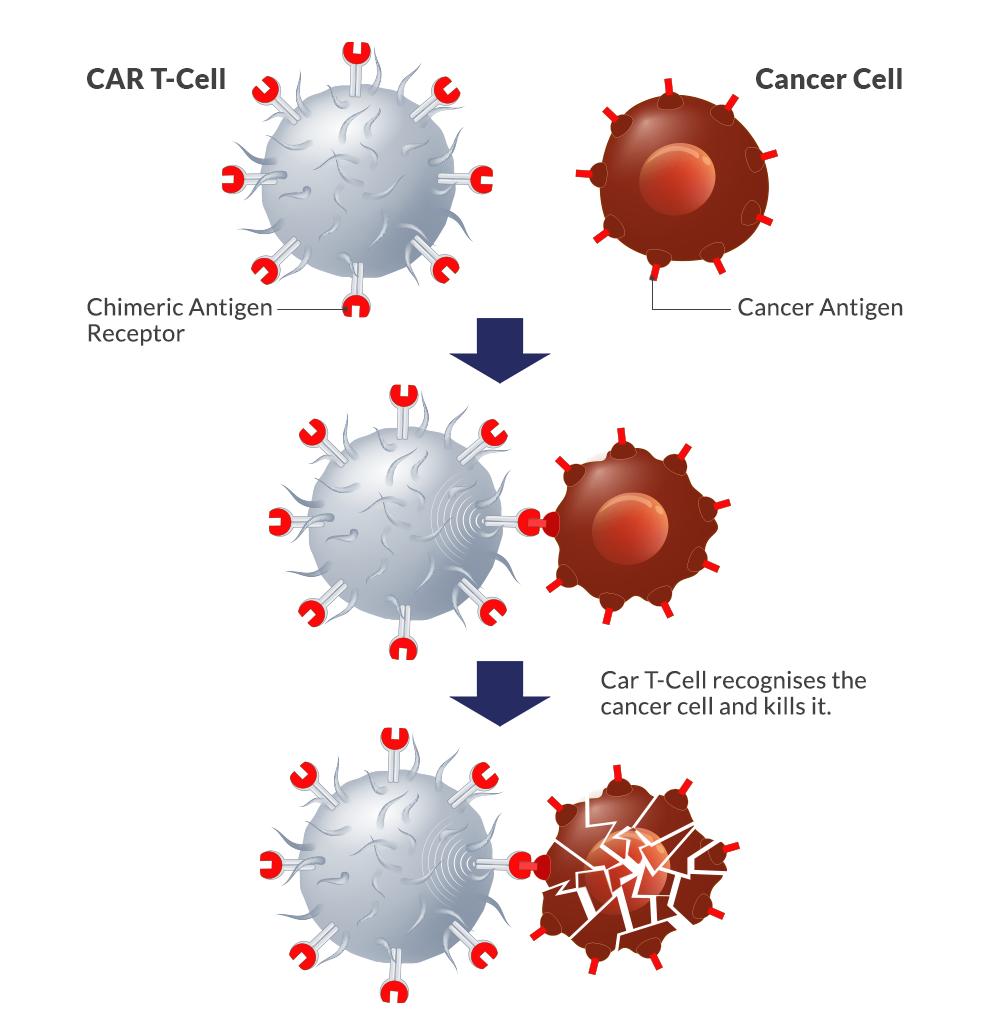 What types of conditions can benefit from CAR T-cell therapy?


Relapse of non-Hodgkin lymphoma such as diffuse large B-cell lymphoma can be managed with CAR T-cell therapy, especially when at least two prior treatment regimens have failed to produce the desired outcomes.
.

Several research studies are being conducted to assess the effectiveness of Cellular Therapy against other forms of leukaemia and solid tumours.
.

The Process of CAR T-cell Therapy 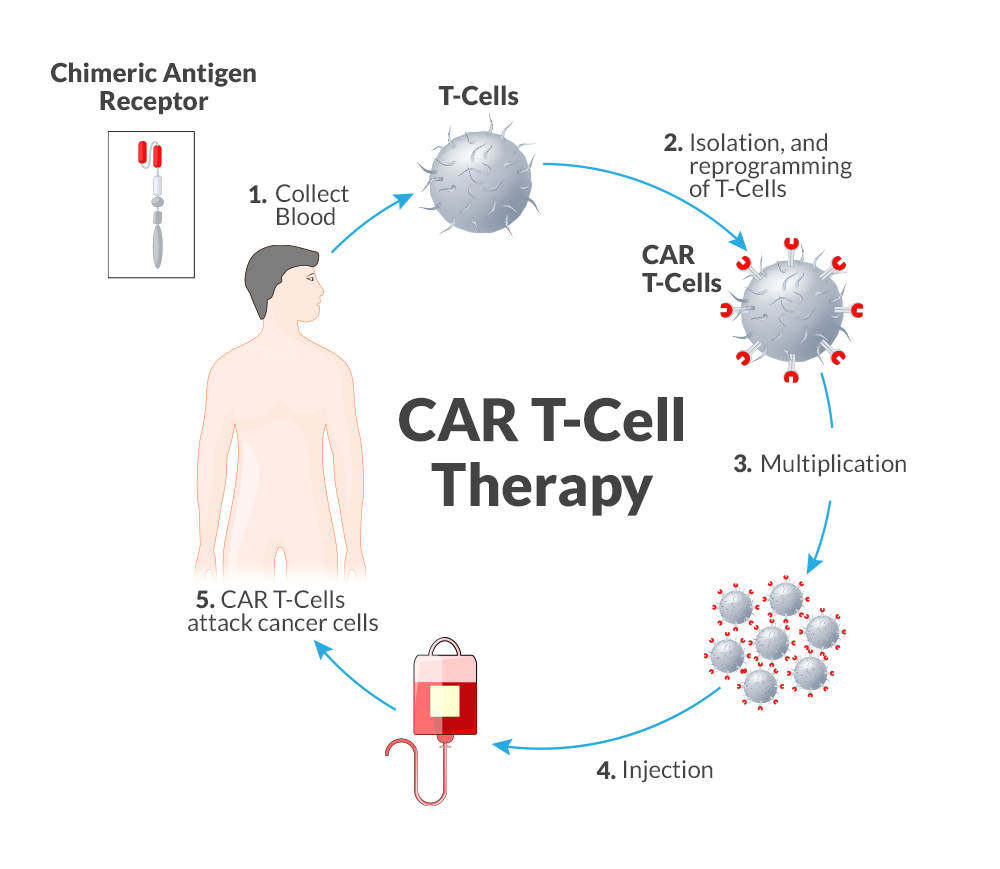 
What are the side effects of CAR T-cell therapy?

The common side effects of CAR T-cell therapy include:

What is the prognosis of using CAR T-cell therapy for patients with lymphoma or other blood cancers?

The results of CAR T-cell therapy for the management of lymphoma and other blood cancers have been highly encouraging. Many patients with a history of relapse of blood cancers achieved successful outcomes without any signs of cancer after CAR T-cell therapy. It has also helped to improve the recovery of patients in whom other conventional cancer treatments failed to produce the desired response.
.

However, longer-term trials with more substantial participation of patients are needed to confirm the effectiveness of this therapy. Large scale trials will also help to assess the possibility of developing side effects and the best ways to manage them.

CAR T-Cell Therapy: How Does It Work?
Video from: Dana-Farber Cancer Institute

CAR T-Cell Therapy: How Does It Work?
Video from: Dana-Farber Cancer Institute